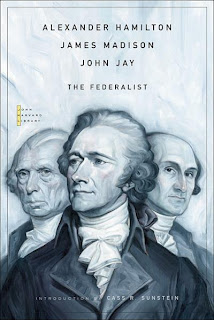 One of the fundamental presumptions of the U.S. Constitution is this: when governmental power is consolidated and unlimited it is unresponsive to the needs of the governed. The framers originally sought to prevent the overreach of government by creating an elegant framework to distribute power as widely as possible through a structured competition of natural self-interests. It is for this reason that the framers preserved the integrity of the states, these independent but united “laboratories of democracy”, and it is this federal system that the 17th Amendment (which provides for the direct, popular election of U.S. Senators) destroyed. This amendment has resulted in, as the framers predicted, a national government with influence, power and control unchecked by any political mechanism. This unlimited structure threatens the uniquely American way of life and the solvency of the national government.

The original design of the U.S. Constitution acknowledged that the several state governments were equipped better than the national government to address the vast majority of citizens’ needs. The democratically elected officials of those state governments live among the people they represent. They shop at their constituents’ stores and socialize at their homes. Unlike a national politician in Washington with millions of citizens he “represents”, state officials each have constituents that number in the tens of thousands. They are far more likely to know the people, their strengths, their problems and their sensibilities, and are therefore the appropriate representatives of the people’s most critical political desires. Assembled in the state house, these governments have collective interests and characters of their own that legitimately compete with those of the national government.

The framers understood that the people of the several states were also citizens of the nation, and as such, gave them responsive representation in the form of the U.S. House of Representatives. The Progressives that pushed for the 17th Amendment in the belief that the cure for democracy’s shortcomings is more democracy, did not address the fundamental purpose for the Senate: to protect the sovereignty of the states against the encroachment of national government into the states’ meaningful interest in addressing their people’s needs. It did not take long for the state governments, which ratified the 17th in record time, to understand the full, detrimental impact of what they had done. Consider that those in state government claim a responsibility to address questions in the areas of taxation, education, employment, disaster relief, public safety, transportation, health care, marriage, and property rights, to name but a few. Yet all of those issues, and far more, are now primarily mandated, regulated, or directed out of Washington, DC, far away from the people being impacted by those policies. While the state governments bear much of the responsibility for their citizens, they have only secondary authority to do anything about the issues they face. When federal courts decline, as they frequently do, to interpret the 10th Amendment as protecting the sovereignty of states, without a voice in the U.S. Senate the states have no recourse. Repealing the 17th would address this deficiency.

The “winner take all” mentality and the resulting bitterness that grips partisan Washington today is one direct result of the 17th Amendment. Interest groups understand that to impose one’s will on 300,000,000 Americans, one must influence one president, the selection of 5 supreme court justices, 51 (or 60) senators, and 218 representatives, a total of 275 individuals who live primarily in physical isolation, far away from those they govern. This makes the stakes extremely high. A tremendous amount of money is raised and spent on influencing 275 individuals in Washington. Repealing the 17th Amendment would devolve power away from the national government and drastically reduce the influence of interest groups. Under the original design, change at the national level required that the majorities of all the state legislatures – made up of thousands of representatives – be taken into account. The framers understood that moderate, temperate government is brought about by a multitude of competing interests. Repealing the 17th takes a major step toward restoring this balance.

At the same time, the individual’s self-interest is currently working against a repeal of the 17th. Consider recent studies showing that 52% of the U.S. population receives a significant portion of their personal income from government programs. At present, it is in the majority of citizens’ own short-term self-interest to see this flow of money grow larger and faster. Without checks on our own self-interest, we the citizens of the United States will continue to vote ourselves payments from the U.S. Treasury until our national government is financially and philosophically bankrupt. This is perhaps the most classic, and most widely understood pitfall of democracy, and strong safeguards must be restored to correct for it.

There is a mechanism in the original constitutional design that could prevent our own self-destruction, and may keep us from spending our way into total ruin. A repeal of the 17th Amendment and the resulting rise of strong, sovereign state governments is our best hope.

So, why did we ratify the 17th?
Arguments in favor of the 17th often fall along these lines:

These are reasonable arguments, but they miss the point. In an attempt to solve very real problems, the backers of the 17th Amendment (who were in fact the “special interests” of their time) created a new problem that is far more severe: The fundamental problem with the 17th is that Senators no longer work for or represent their state governments, and therefore the state governments no longer have a voice or meaningful political power in the national government. The state governments were the most important check on the influence and scope of Washington, and without this check, the national government is unresponsive to the needs of the citizenry.

While the pro-17th arguments noted above are secondary, they still bear addressing.

The Campaign encourages and is interested in your thoughts. However, as part of our effort to be moderate in tone, we do not plan to publish reader comments. Please do not be offended when your comment is rejected. With that said, we invite opposing viewpoints. Reasonable opposition and critical analysis is far more likely to be posted than that which agrees with us.

If you would like a personal reply, please drop us an email at restore.federalism@gmail.com. We will use your email address for no other purpose.